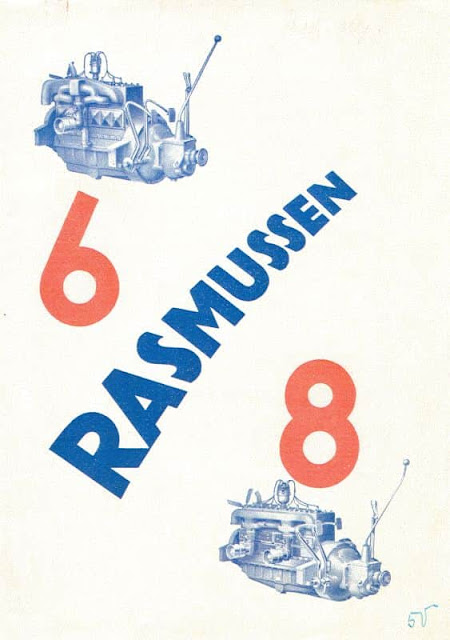 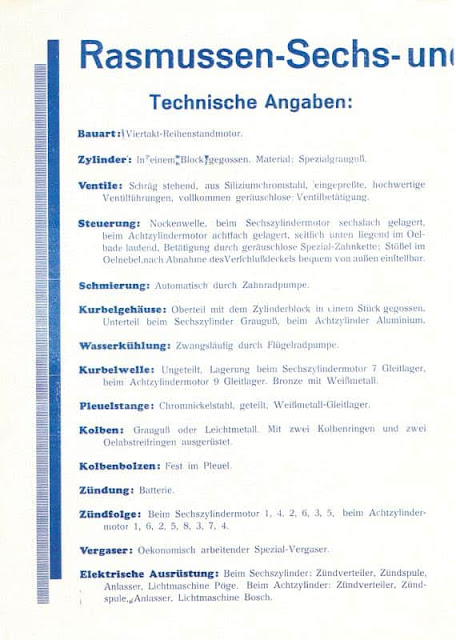 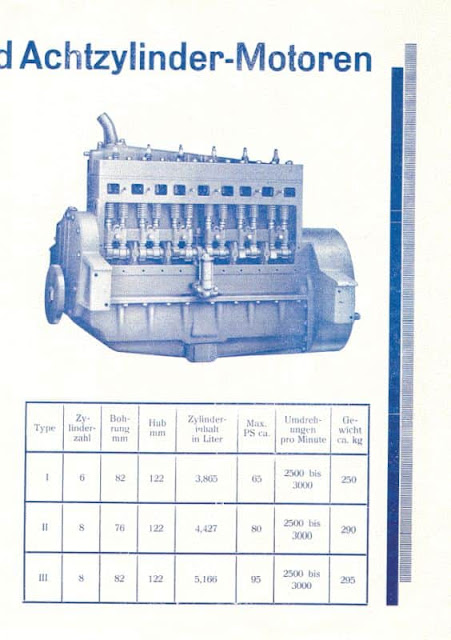 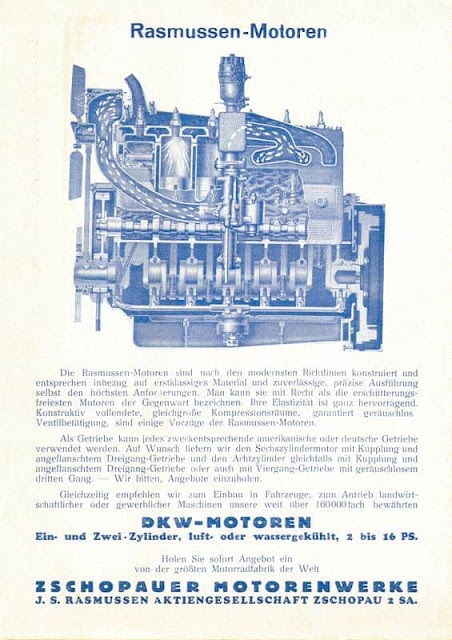 Jorge Rasmussen was intent that his business empire be entirely self-sufficient. Everything from iron foundries, to woodworking shops were purchased to ensure JS Rasmussen had total control of all elements of the supply chain.

Although DKW had achieved unrivaled success with two-stroke engines, Rasmussen was not content to rest there and so DKW also manufactured diesel engines and began investigating four stroke motors. In 1927 Rasmussen saw an opportunity to buy out an established engine manufacturer in teh bankrupt Rickenbacker motor car company. He regarded this venture important enough to travel to the US to complete the deal and in 1928 Rickenbacker’s plant and designs were dismantled and shipped to Germany.

DKW had achieved great success manufacturing two-stroke motors for German motorcycle companies and for a wide variety of industrial uses. Rasmussen foresaw the same opportunity with Rickenbacker's 6 and 8 cylinder engines, but unfortunately, it was not to be. After going to great expense setting up the factory in Germany, he could find no buyers for his engines. After Rasmussen bought out the bankrupt Audi company in 1930, he would use the engines in the last generation of Audi cars - without much success. He would eventually abandon the project and the Rasmussen engine plant would be shut down by the time DKW joined Auto-Union in 1932.