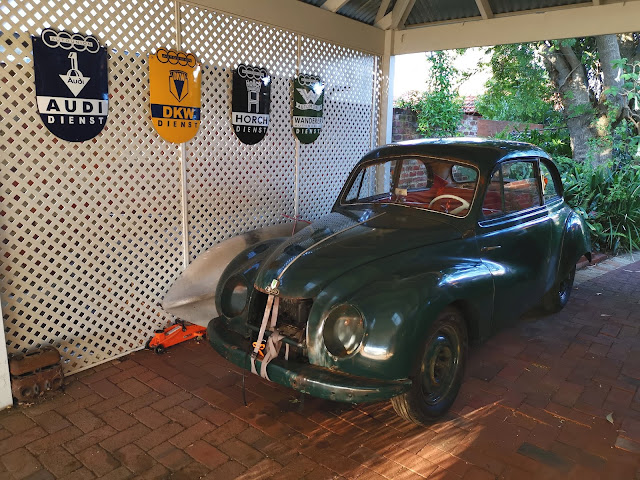 g
In August 2019 I put my DKW Meisterklasse in the hands of a panel beater to replace the rusted floors. The rust was pretty bad in the footwells and had been repaired several times in the past. The rust had then been hidden by a thick slather of mastic, which did little more than seal in the rust to continue its work. 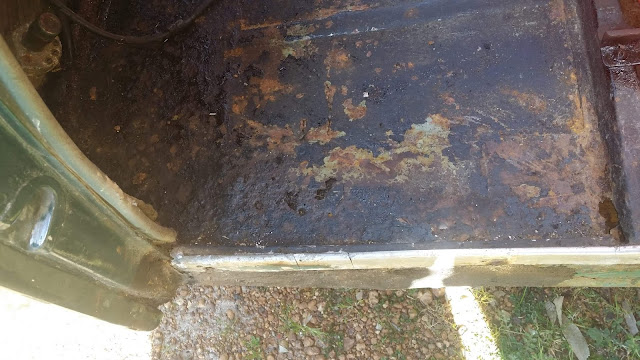 I think the previous owners had also soaked the floor with fish oil as the interior of the car stank. I thought it may have been mould in the seat cushioning, but that wasn't it. 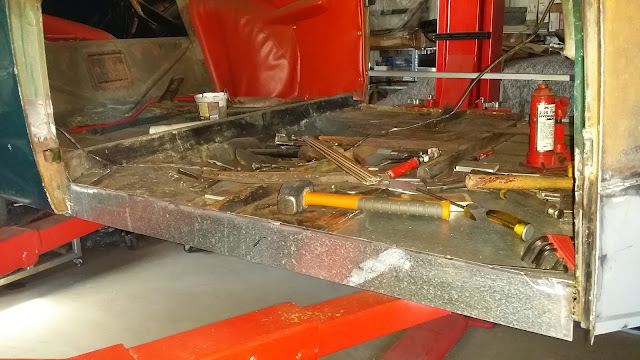 Ken Feast in Busselton did a great job with the repairs. At first glance it appeared to be a relatively straight forward job, but the further he dug into the car, the more rust he found. 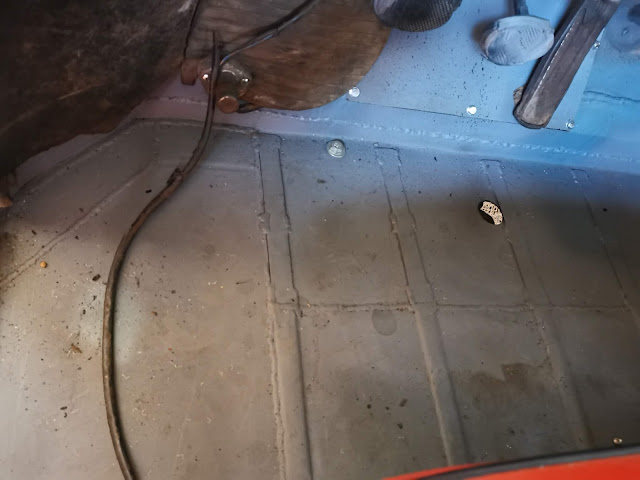 The new floor is in. 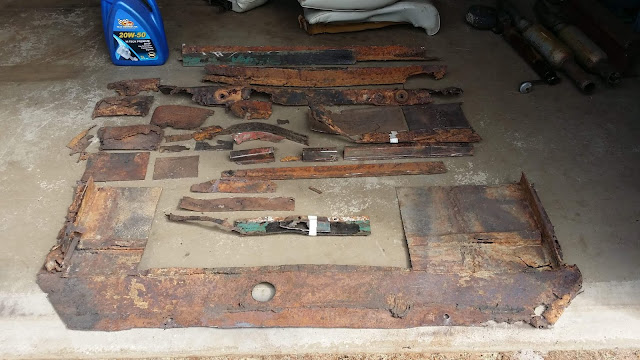 The rusted metal is out. You can see how bad the rust in the footwell corners are. 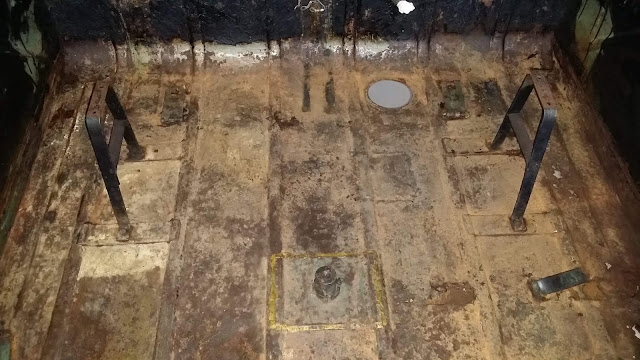 The boot floor was a patchwork of original metal and repairs. There was a lot of surface rust eating its way through the floor. 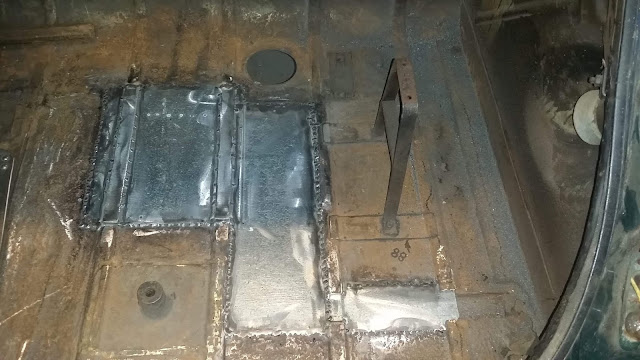 New patches are welded in. 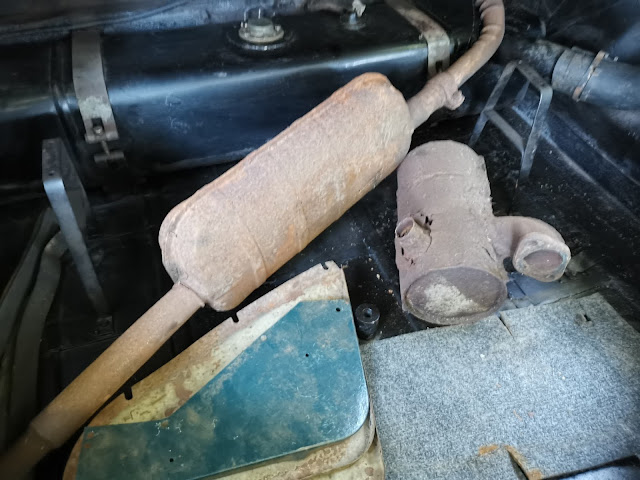 The boot is now holding the rotten exhaust system. 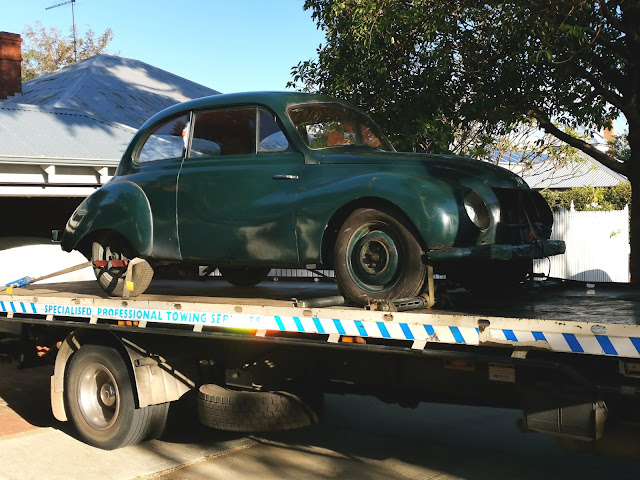 Thank you to Mike from Westside Tilt Tray Services for bringing the car up from Busselton. 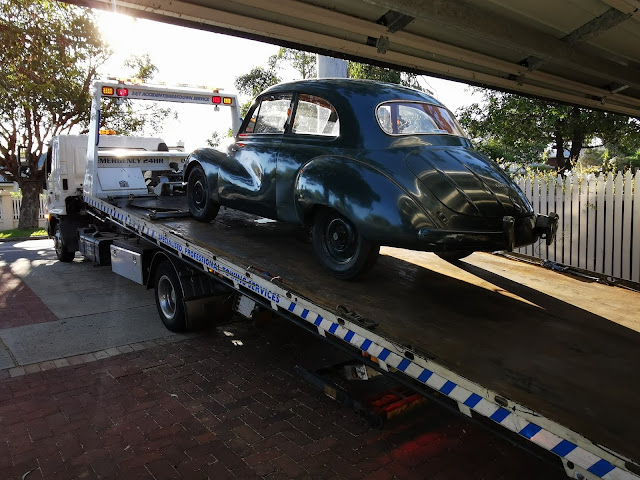 If you need vehicle transport in the South West to or from Perth check them out here:
https://www.facebook.com/towingandsalvage/ 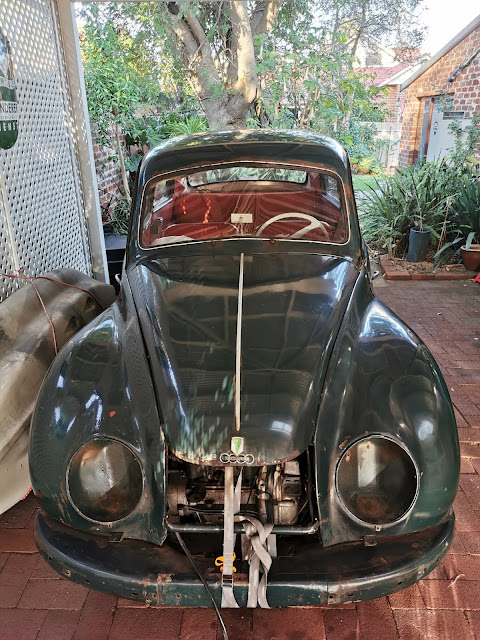 Nice to see her back in the driveway again. There is a lot of surface rust on the car, which I'm not going to repair (at least not now). The engine needs to be removed so it can be repaired, the brakes, which were removed for asbestos when the car was seized by Border Force, and the the electrics rewired.